There Must Be Something in the Water 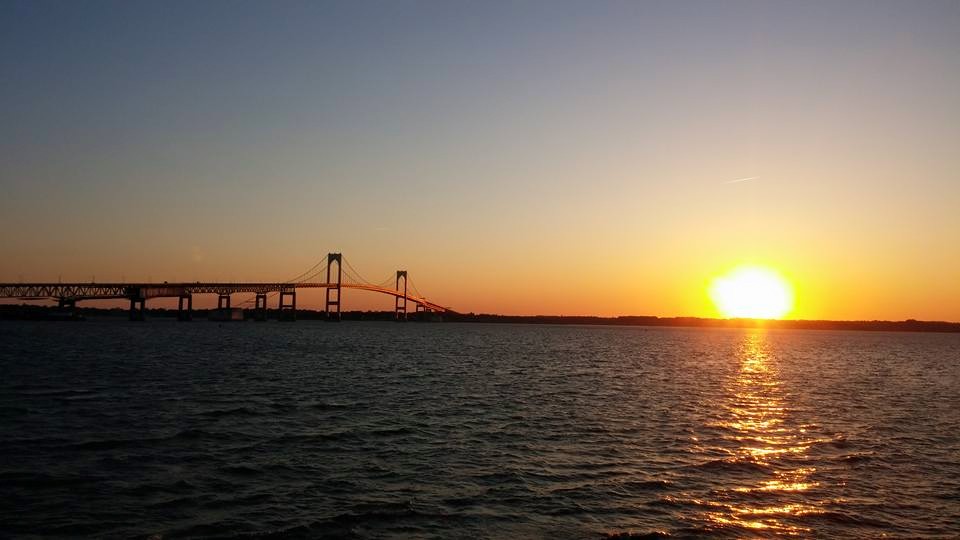 As the hours wind down, the anticipation of the Newport International Boat Show is at its peak. Praying that summer holds for a few days longer, the city begins to pick up pace with vendors getting their products and materials ready for the big opening Thursday morning.

The city’s love of the boating industry is deep and extensive, hosting events like the prestigious America’s Cup for over 50 years. With just as much military history running through its veins, the city is home to the US Naval War College which has been operating since 1884.

Sailing in Newport is old hat to Rhode Islander Terry Wood. “It [boating] was always a part of my life. We grew up there [Newport]…we lived and breathed boating as kids. My father was a lifelong Newport resident, and as my siblings and I grew up, we bought our own boats and continued loving the ocean.” Wood’s father, Col. Robert F. Wood, was an Air Force pilot who loved the ocean and boating. “My dad’s passions were flying and boating. After he sold the airport in Newport to the state in 1960, boating took over. He was on the water most of his retired life.” According to Wood, “As I got older, the boat show became a way of life. The city was a little busy for my liking, but I just had to go to see what the vendors were displaying.”

Getting to the show early is key as parking can fill quickly. Easton’s beach offers free shuttles from the beach to the show; if you’re looking for parking, that’s the place to be.

Karen Davidson has been involved in the boating industry for decades. The Keelboat Program Manager of US Sailing will be manning the US Sailing/US Powerboating booth this Thursday. “This is my second year working a booth at the show. There is so much to offer in the booths…the best part about the show is that you never know who you’ll see there! It’s great for making connections.”

Who will you see there? Make sure we’re a stop on your list as we partner with Gustave White Sotheby’s International Realty in this incredible event!

Related Articles
Lifestyle Boats, Bands and Bustle The sound of the waves crashing against the shore is muted by the hustle of mid-morning traffic strolling the streets. Tourists and locals alike pour into shops and restaurants with an undisclosed purpose. Iced lattes and weekend deals at boutique shops drive these robots to their destinations. The Newport International Boat Show multiplies this traffic, […]
News Can’t We All Just Sail Along? It’s just before dawn and the warm summer rays begin chasing the cool breeze off the ocean. As birds wake their counterparts, boaters are preparing for the day ahead. Vessels begin to multiply in Newport Harbor, arriving from near and far. Bringing more boaters than any other weekend, the International Boat Show creates a buzz […]
Culture Boats Bringing Bling to the Beach When you think about Newport, what comes to mind? Vacationers from all over the world coming to eat and shop? Excellent seafood and happening nightlife? Arts and music festivals and a town with history oozing from its pores? And just how do many of the wayfarers arrive? -boats! Who better than the self-proclaimed “Sailing Capital […]