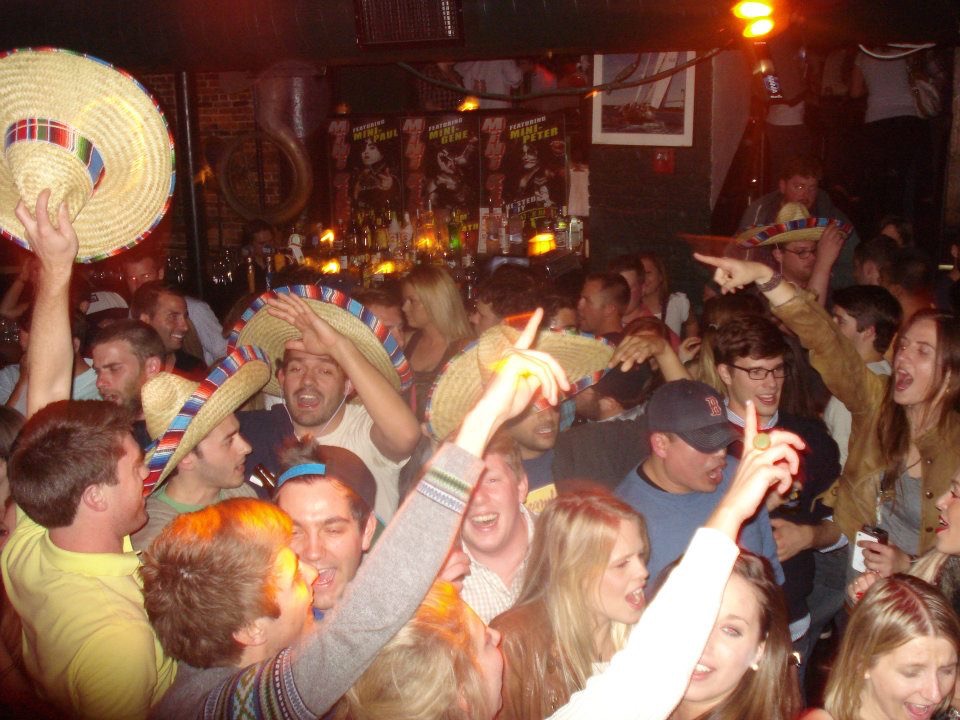 The sound of the waves crashing against the shore is muted by the hustle of mid-morning traffic strolling the streets. Tourists and locals alike pour into shops and restaurants with an undisclosed purpose. Iced lattes and weekend deals at boutique shops drive these robots to their destinations.

The Newport International Boat Show multiplies this traffic, flooding the streets and harbor with conversations about a very unique lifestyle and the smell of the sea mixed with cologne and perfume. People travel between exhibitor booths looking, buying, laughing and living; all because of the wide variety of vendors with a presence at the show. Local musician Kari Tougas says, “The traffic during the boat show weekend is astronomical. We usually don’t make any plans during that weekend because it’s difficult to travel on the island. My husband and I usually head into the city later in the day to catch the last hours of the show then head out for a night on the town.” 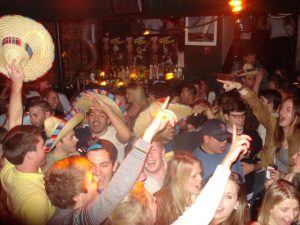 Live music at One Pelham East

As the afternoon watch begins, pub doors begin to swing open and outdoor patios fill. The smell of barbecue makes its way inland via the ocean breeze alluring people towards the coast – meshing locals and tourists, boater and non-boaters at the heart of the boat show. Moving towards the sea, the music of the waves on the seawall becomes audible once more.

With so much to see and explore, many plan to attend the show over the course of multiple days. As the sky turns orange and exhibitors begin to close up shop for the evening, the nightlife takes over. Crowds begin swarming in and out of pubs still soaring from the day’s adventures. When asked about the local nightlife, Tougas said, “It’s busy all summer long, but this weekend steals the show. I mean, Newport is super touristy in the summer anyhow, but I think this is a stellar end-of-season boost for the city’s economy.”

Wether you choose one day or many, be sure to stop by our exhibitor booth with Gustave White Sotheby’s International Realty and revel in the buzz of the boat show experience with us.

Related Articles
Lifestyle There Must Be Something in the Water As the hours wind down, the anticipation of the Newport International Boat Show is at its peak. Praying that summer holds for a few days longer, the city begins to pick up pace with vendors getting their products and materials ready for the big opening Thursday morning. The city’s love of the boating industry is […]
News Can’t We All Just Sail Along? It’s just before dawn and the warm summer rays begin chasing the cool breeze off the ocean. As birds wake their counterparts, boaters are preparing for the day ahead. Vessels begin to multiply in Newport Harbor, arriving from near and far. Bringing more boaters than any other weekend, the International Boat Show creates a buzz […]
Culture Boats Bringing Bling to the Beach When you think about Newport, what comes to mind? Vacationers from all over the world coming to eat and shop? Excellent seafood and happening nightlife? Arts and music festivals and a town with history oozing from its pores? And just how do many of the wayfarers arrive? -boats! Who better than the self-proclaimed “Sailing Capital […]