“The LGBTQ+ Real Estate Alliance continues to grow in size and stature, and we are led by incredible members like Robert,” said Ryan Weyandt, CEO of the LGBTQ+ Real Estate Alliance. “There is no denying how important our members are to LGBTQ+ buyers and sellers especially at a time when rhetoric and actions against the LGBTQ+ community are on the rise, and governing officials across the country are introducing hundreds of state and local bills and laws to restrict our freedoms. So, it’s only natural for LGBTQ+ folks want to turn to people like The Blackstone Team who understand their needs, challenges, and goals during the homebuying and selling process.”

The LGBTQ+ Real Estate Alliance launched in October 2020 and has grown to more than 2,600 members and dozens of chapters across the North America. It was recently named the Innovator of the Year in the MLS, Association, or Industry Organization category by Inman News.

As a Realtor® licensed in Massachusetts and Rhode Island, Robert’s goal is to make your home sale or purchase simple, seamless, and complete by utilizing a full network of high-quality, real estate savvy resources. His team-based concierge approach, with your interests at the center, prepare you for better and quicker negotiations, proven strategy and improved outcomes.

As a founding partner of [THE BLACKSTONE TEAM] at Mott & Chace Sotheby’s International Realty, he leverages the power of collaboration by working with other top tier professionals that, year after year, outperform other teams in Providence including the East Side. [THE BLACKSTONE TEAM] is one of the highest performing teams in the state of Rhode Island, winning multiple industry awards, notably Platinum Plus status from the Greater Providence Board of Realtors for 2015-2020. Last year, Robert and his team helped over 100 buyers and sellers, surpassing $45,000,000 in sales totals.

Robert is your Relocation Specialist. If you’re moving to the Providence Area, let him give you a city tour through key neighborhoods. If you’re relocating from Providence to another city, he has an extensive personal network of well-vetted real estate professionals in many metro areas and countries.

Featured in the Providence Journal, the New York Times, Providence Business Journaland Realtor.com, Robert Rutley is the only Providence real estate professional that has earned the CLHMS designation from the Institute for Luxury Home Marketing. Robert also holds designations for ABR, SRS, MRP, and is a certified Luxury Estates Advisor.

Robert lives in a splendidly restored historic home in Providence, Rhode Island, with his husband Antonio and rescue pup Pepper-Monkey. He believes that his extensive community involvement is key to understanding the many facets of the city, its drivers and initiatives, needs, and market. He currently sits on committees and boards at The Washington Park Association, CityWalk, FireBall at WaterFire, and the Roger Williams Park Conservancy. Robert is a member of The Hope Club and he also supports initiatives with The Providence Preservation Society, Rhode Island Historical Society, Recycle-a-Bike, and is the past managing director of the Ocean State Pride Volleyball League.

Robert brings proven marketing strategy and negotiation skills honed from a 20-year career at a Fortune 500 company. Robert has a BA in Psychology from the University of Michigan at Ann Arbor, and a BS in Information Technology from Capella University, in Minneapolis.

Robert has been recognized with Rhode Island Monthly’s Award for Professional Excellence in 2018, 2019, and 2020, with the Providence Journals nomination as Rhode Island’s Best Real Estate Agent in 2019, and The National Association of Gay and Lesbian Real Estate Professionals (NAGLREP) Top LGBT+ Agent top 120 agents in the nation in 2018-2020. 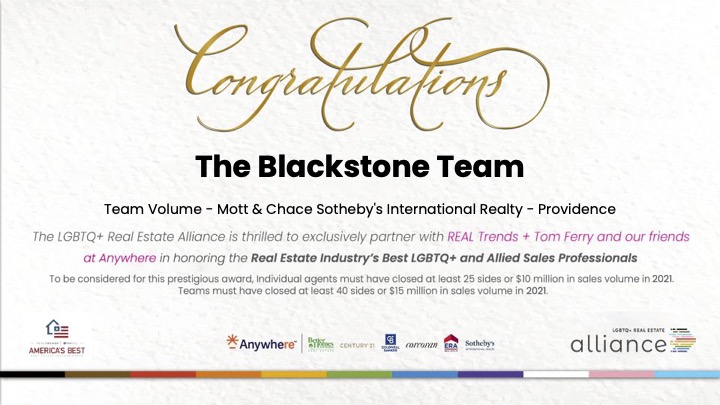 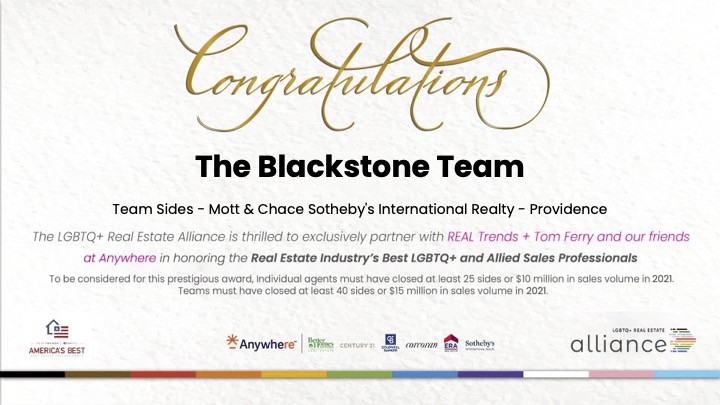