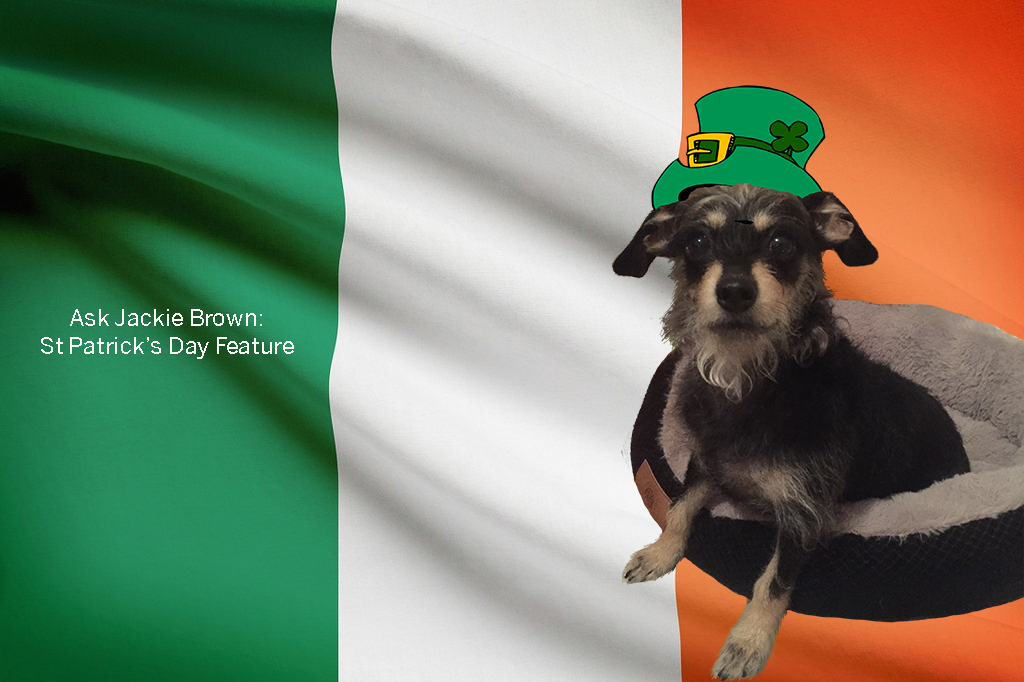 While the kids are chasing the end of the rainbow and eating their Lucky Charms, Jackie Brown hit the ground running to check out some of the Irish hotspots in our area. She met up with her Irish Setter friend Kelsey for the inside scoop and headed out to paint the town red green. Here’s her list of what you shouldn’t miss!

If you’re looking for some family fun, head down to the 62nd Annual Newport St. Patrick’s Day Parade which begins at 11am at Newport City Hall. Following the parade, you can head over to Family Day from 1-4pm at “The Hut” at the Martin Recreation Center. The event is free with plenty of prizes to win. For more information, click here. Parade Committee Chairman Dennis Sullivan said, “It’s important to head to Newport early, as parking can be tough.” He adds, “We encourage all parade participants to choose our sponsors after the parade: they’re the ones that make this [parade] happen.” Sponsors for the parade will feature the Lady Justice logo in their shop windows on the day of the parade. Heading down to Newport without the kids? Grab a pint and a bite at Buskers on Thames, a hip gastropub with a unique flair on old Irish cuisine. Looking for a local vibe? Head on down to the Fastnet, for Irish fare in a relaxing atmosphere.

If parades aren’t your thing but you’re still looking for some fun sounds and good vibes, you can check out the Providence Police Pipes and Drums ensemble as they hit some of the area hotspots: while decked out in Celtic attire, nonetheless. For a list of the Pipes and Drums stops, click here. Just looking to pop into a few pubs in the city? Not a problem! Server at Murphy’s Pub in Providence, Patrick AKA Twiggy said, “Oh, we are going to be busy – but we’re ready for it.” Up and running since 1929, you’ll experience a deli-meets-Irish bar-meets-American bistro in the heart of downtown Providence. Doors open at 9am. Looking for a tasty boiled dinner at a good old Irish bar? Head around the corner to Blake’s Tavern and rub elbows with the locals. For a chance to win tickets to the Dropkick Murphy’s, head over to Stout Irish Sports Pub. If you’re on the East Side, be sure to hit the hidden hotspot McBride’s for Irish music and a pint in your travels. Want to check out a bunch of venues in one day? You can join the “Luck of the Irish” St. Patrick’s Day Pub Crawl in Providence. Click here for ticket information.

Not interested in the big-city scene on St. Patrick’s Day? Jackie Brown won’t let you down. Check out the County Cork in Warwick. Nestled in a quiet neighborhood on the waterfront, this small space packs a big punch with their Guinness beef stew. House bartender Courtney states, “We’re opening at 10am and have added a heated outdoor tent to accommodate overflow. It’s our favorite day here at the Cork and we want our customers to enjoy cold beer in a warm environment.” While you’re in the Warwick area, be sure to check out O’Rourke’s Bar & Grill for Irish music, food and drink in the heart of Pawtuxet Village.

Jackie Brown couldn’t forget about our South County friends and family so if you’re in the Wakefield area, stop by Mary Murphy’s on Main Street for some fun fare and a cold brew. If you’re further south, mosey on into The Brazen Hen, an upscale Irish pub in the heart of downtown Westerly.

Don’t see your favorite spot on the list? Let us know. Jackie Brown wants you all to be safe this St. Patrick’s Day, so remember to designate a driver. Sláinte!